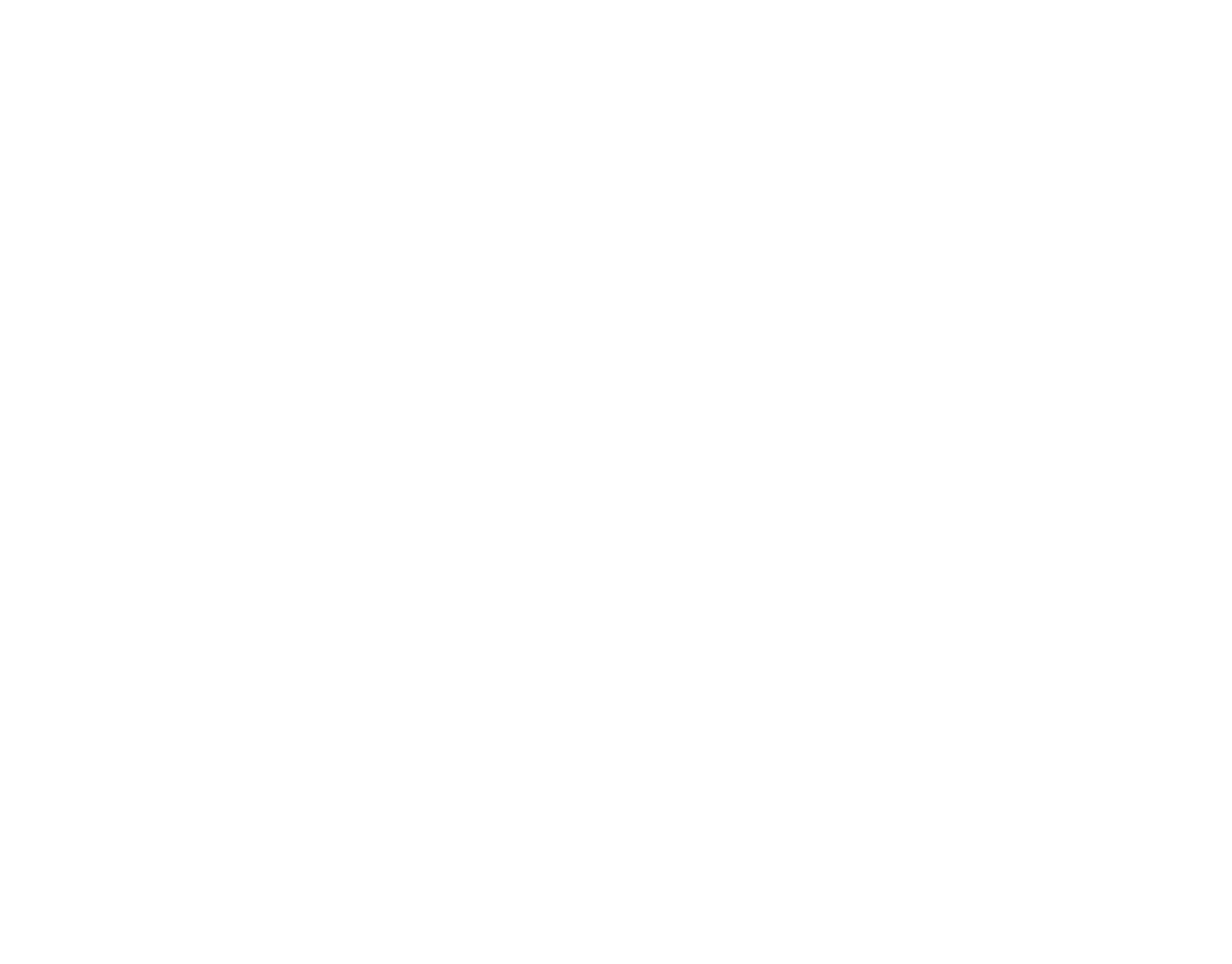 HELFUL QUESTIONS TO ASK YOUR TEACHER…

THINGS TO CONSIDER AT HOME…

If you are the parent still at home, how much are you expecting the child to help with the household chores?

All members of a family should contribute to helping the home run smoothly, but a child’s primary job is to be a student. If adding responsibilities such as chores, or taking care of younger siblings, are cutting into the time your child needs for studying and doing homework, he or she could fall behind in class. Likewise, if there is no longer time for leisure activities, spending time with friends, or extracurricular activities, your child is missing out on experiences that could help him/her weather this time without one of his/her parents.

Are your child’s teachers communicating with you, or are they worried about bothering you?

Did your child get into trouble in school, or get sent to the nurse’s office but you didn’t get a phone call? It’s possible that the school staff at your child’s school is trying so hard not to create more stress for your family during deployment that they aren’t involving you in everything that is happening with your child. Try to stay I close touch with someone in the school so they feel comfortable keeping you informed. Note that some teachers and administrators tend to contact parents only when a child is in trouble. Help them understand how important it is for you and for your child to hear about your child’s strengths and accomplishments

National Guard and reservist families may not have the same family support services available to them as active duty service members. It is even more important for you to communicate with your child’s school to make them aware and let them make suggestions for lightening the burden.

Is your child involved in fun activities at school or in the community?

If your child begins to pull away from activities he/she enjoys, or doesn’t have time for fun because of added responsibilities at home, this could lead to resentment or social/emotional problems later.

Is your child eating well?

Proper nutrition can contribute to improved performance at school and can alter a child’s mood. You may wish to consider preparing meals ahead of time to keep school nights from getting stressful because of homework and other responsibilities.   Cooking meals together is an activity enjoyed in many families and children tend to eat better when they are the ones helping to make the meal.

What if my child has special needs?

When meeting with the IEP team, it’s important to communicate that since your child is growing up in a military family, he or she may face increased stress, or emotional instability that might be contributing to behavior or learning outcomes.

STARs in Schools recommends visiting www.branchta,org. This group has resource centers in areas across the US and they are eager to extend their services to Reserve Component families.  It is their mission to support families with children with special needs, especially when the military assignment requires relocation.

Should you talk to your teachers and classmates about being a military family?

This is always a question for your family first…Families differ in how they choose to identify their military status. Some families encourage sharing these details with only teachers while others may recommend sharing it with everyone (or no one). Each school can be different. Ask your family what advice they have on how to handle talking about it at school. And, be sure they check out the families page on this website!

Military OneSource offers information and tools on helping you give your children the best chance for success. You’ll find ways to foster a child’s love for learning, develop life skills that extend far beyond the classroom, help your kids transition to new schools and prepare for college and the workplace. Tap into the support and resources of your military community to help you raise smart, responsible kids.

This site offers videos featuring Muppet characters in support of children of military members. It seeks to help these children cope with their feelings, challenges and concerns related to deployment.

This site offers games, puzzles and activities for military children.

Based at the University of California, Los Angeles, FOCUS is a resiliency-training program for military children and families. There is a version of FOCUS for families with young children showing that even infants and toddlers can experience stress and depression. The three main components of FOCUS for Early Childhood are psycho-education, creating a family narrative/timeline and skills training in areas of emotional regulation, communication, skills training and goal setting.

This service offers DVDs of deployed parents reading books aloud to their children. There is also a book, You’re Never Far Away, that can be customized with the service member’s branch of the military and the child’s name.

This audio is part of the Healthy children initiative of the Academy of Pediatrics.

STARs in Schools has been actively involved with customizing this website to include a special blog opportunity for Teens and Tweens to make connections and build community across the miles.

American Hero Books: My Daddy is a Marine

by Atha Reese (Infant to Preschool)

H is for Honor: A Military Family Alphabet Book

My Dad’s a Hero

If I Were Deployed

I’m Here for You Now

I Wish Daddy Was Here

I’ll Lend You My Daddy

by Becky King (During Deployment Ages 4-8)

A Year Without Dad

by Jodi Brunson (During Deployment Ages 4-8)

A Yellow Ribbon for Daddy

by Anissa Mersiowsky (During Deployment Ages 4-8)

by Barbara Kerley (During Deployment Ages 4-8)

I Love You Near and Far

I Miss You: A Military Kid’s Book About Deployment

by Beth Andrew (During Deployment Ages 4-8)

Dear Baby, I’m Watching Over You by Carol Casey One of Our Pieces is Missing

by Julia Cook Deployment (Preschool – 1 year and up)

One of Our Pieces is Missing

by Julia Cook (Preschool – 1 year and up)

by Santina Rivera (Preschool – 1 year and up)

Hug in the Wind

I am Red, White and Blue~Are you Feeling It Too?

by Geri Timperley and Nikki Arro (for ages 4-8)
A book for young children in military families whose loved ones leave for “a very long time”. Written to “help children grasp the meaning of time and generate the tools they need to deal with the separation that might otherwise seem to never end”.

Daddy’s in Iraq, but I Want Him Back

by Carmen R. Hoyt
An hour is a long time to a small child. How do you describe the length of a military war deployment to a preschooler? When attempting to tell her son that his Daddy was not going to be gone for just a week or seven wake-ups, but for several months, Carmen Hoyt longed for a better way to lay it out for him. I wished there was a way to help him “get his little arms around” the situation.” Written after the author’s own husband returned safely from Iraq, this story is for pre-school children who have a hard time coping with a parent’s military deployment. “I felt a need for this story to be written when my three year old, Jack, became very insecure upon his father’s deployment to the War in Iraq.”

by Audrey Penn (for ages 4-8)
Published by the Child Welfare League of America, this book is just the right book for any young child confronting a difficult situation or who is temporarily separated from home or loved ones.

Ned and the General: A Lesson in Deployment

by Ron Madison (for elementary aged children)
A book of stories written in rhyme and based on real children affected by deployment. A copy of the book, of Ned and the General, was sent to each school district, IU, elementary school and elementary level charter school in Pennsylvania. For quantity orders of paperback editions, call the author, Ron Madison, at 814-255-6646.

by Brenda Ehrmantraut (Author) and Vicki Wehrman (Illustrator)
When a soldier’s work takes him half-way around the world, he enlists the help of the North Star for a nightly game of catch with his son. Night Catch is a timeless story that connects families while they are apart and offers comforting hope for their reunion.

by Alice Mead (for ages 9-12)
A fictional story of a pre-teen girl who takes on additional responsibilities and experiences personal growth, during her mother’s seven-month deployment to Operation Desert Storm.

While You Are Away

by Eileen Spinelli (for pre-school to grade 2)
Three children’s stories of life while their parents are on active military duty abroad, each from a different branch of the armed forces. All three vignettes are upbeat and reassuring, and the book concludes with the safe return of all three loved ones.

Offers an array of publications for service members and their families on topic of deployment including: